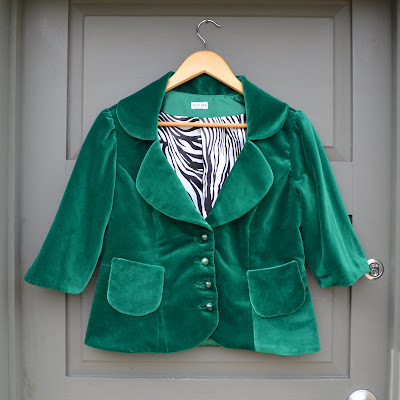 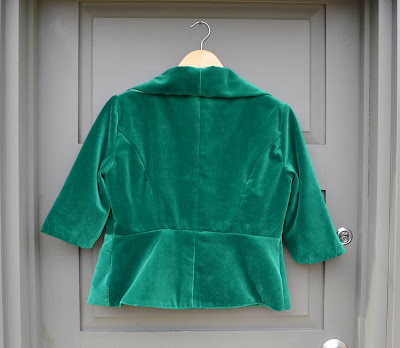 This jacket has a little backstory to it - it started off as a vintage jacket (I'm kind of guessing from the 1960's?) that belonged to an elderly lady my Mum was friends with. Mum saved it from being donated to charity with the thought that I could rework it into something more wearable that she could wear to the lady's grandsons wedding in September. 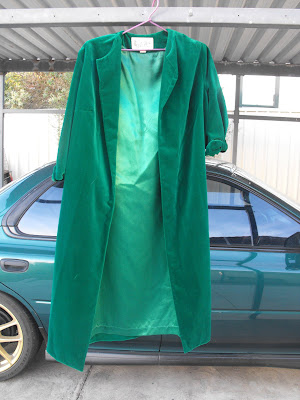 I've had it sitting in my sewing room for months now because sewing velveteen scares the hell out of me! The last time I used it I managed to scorch, melt and swear at it, lol! So this time I spent a bit of time playing with it, trying out interfacing, ironing and sewing scraps. Surprisingly the fusible interfacing went on fine so I didn't have to bother with interlining or sew in interfacing. 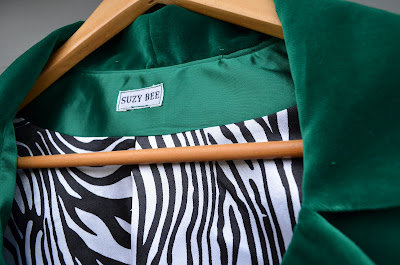 I don't have a needle board so I pressed it from the wrong side using a press cloth and not putting any real pressure on it (on that note, I'm guessing it velveteen? I could be wrong though and it might be velvet? It feels beautiful anyway, lots nicer than a polyester velvet). I didn't have enough to use the velveteen on the facings so I used the original satin lining. It surprised me how much it used, I expected to have a lot of left over material but was only left with tiny scraps! 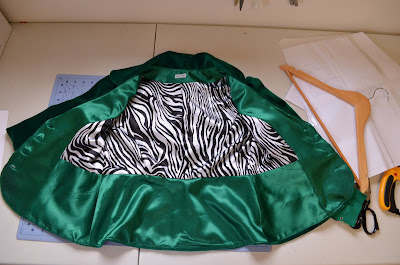 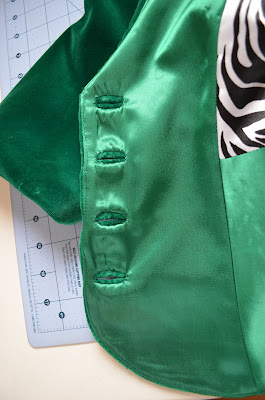 Its hard to capture the colour properly, its a real deep emerald (my husbands been calling it the leprechaun jacket!) 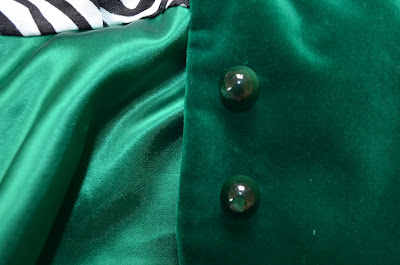 I had a lesson in humility trying to do bound buttonholes in velvet! They are are a little wonky and uneven but the nap helps hide it a bit! 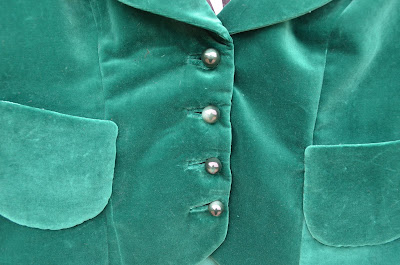 A little note about the spare buttons - I've been getting frustrated about left over buttons so came up with this idea - a scrap of the material from the jacket with the buttons sewn on and a eyelet in the top. That way it can hang on the clothes hanger and you know straight away which piece of clothing it goes with and you don't have spare buttons hanging around! 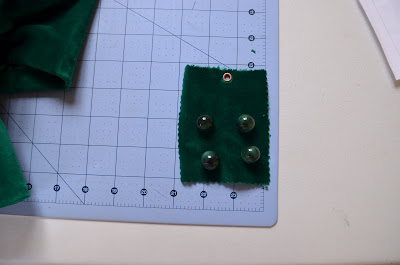 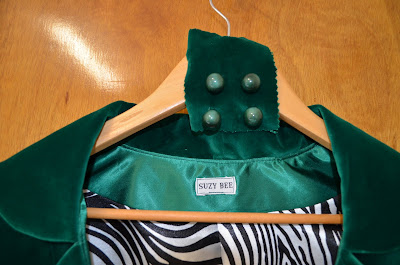 This was my Mum's birthday present - Happy birthday Mum :)
Posted by Suzy at 8:00 PM