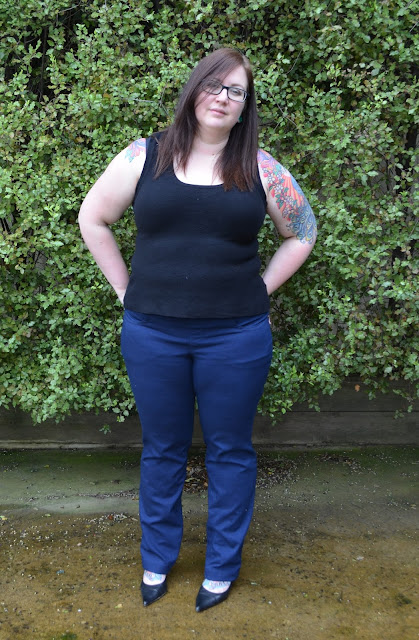 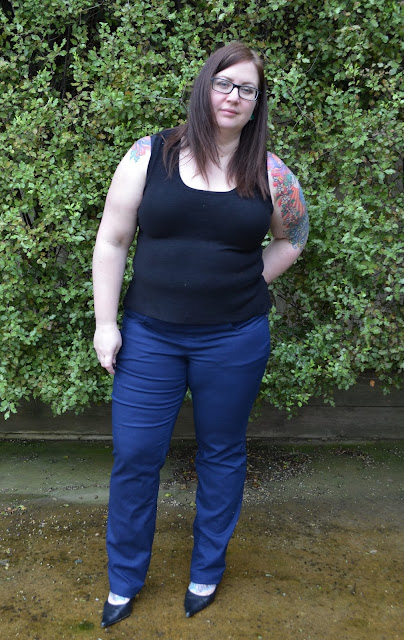 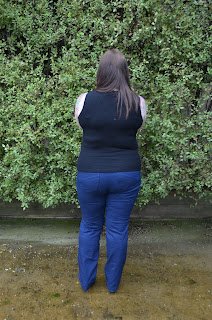 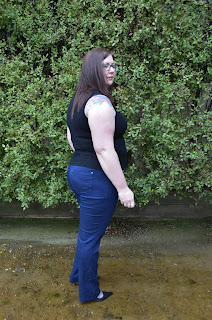 Another pair of pull-on ginger jeans -

Same adjustments as last time, main difference is I found they were hitching up at the back knees a bit which was because I had shaped the outer leg on the back pattern piece and it must have added extra length so the back pattern piece was about 1" longer than the front causing the buckling. Since fixing that they are hanging a lot straighter now. 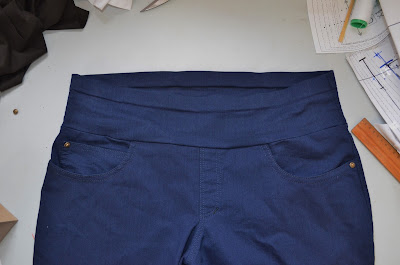 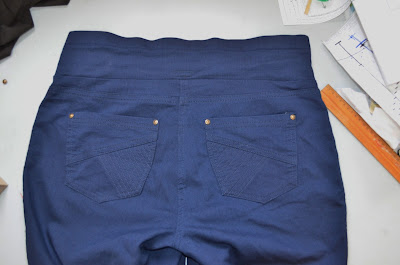 The fabric is a lovely stretchy reversible denim from Rathdowne fabrics, with blue on the top and black underneath. Thread is Guttermann  #392 upholstery thread and the rivets are ones from etsy

I saved a blog post from a while ago by meggipeg - I really liked her jeans and the quilting on them so in tribute to them (which sounds so much nicer than saying I completely copied her!!) I quilted a section on my back pockets, using some scraps I had of fleece to beef them up with. I thought about using batting but figured the fleece wouldn't shed or unravel 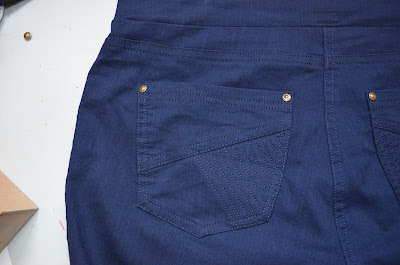 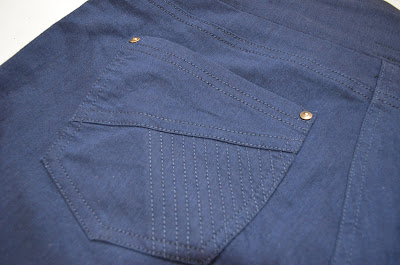 I read another post the other day from notes of a mad housewife about sewing the back crotch seam up so the seam is exactly in the centre of the pants, not to the side like it is if you flat fell or even faux flat fell the seam. I tried the first method with the zig zag and it worked really well, I should have trimmed down my seam allowance from 5/8" to 3/8" though (I get a bit mixed up with the whole imperial measurement thing sometimes!) and next time I think I'll run a line of basting stiches along the fold lines as I found it a bit hard to measure it exactly evenly when you fold it over. 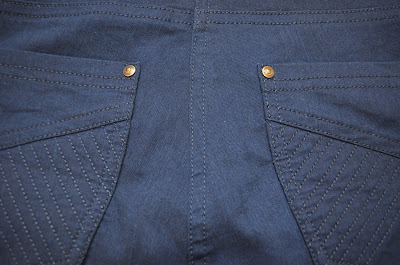 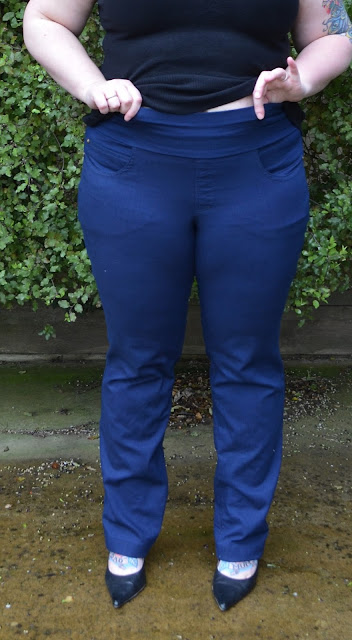